6 Ways to Achieve Your Goals

We're a week into 2020 now, so it's a good time to share some ways to help you achieve your goals this year. Things are hopefully going well, but it's likely that soon you'll hit a bump in the road, and you'll be able to handle it better if you plan ahead. (I'm doing Whole30 this month and their research shows that participants are most likely to quit on days 10 or 11. Also, I'm avoiding the word "resolution," since the vast majority of New Year's Resolutions fail after a few weeks into the year.) 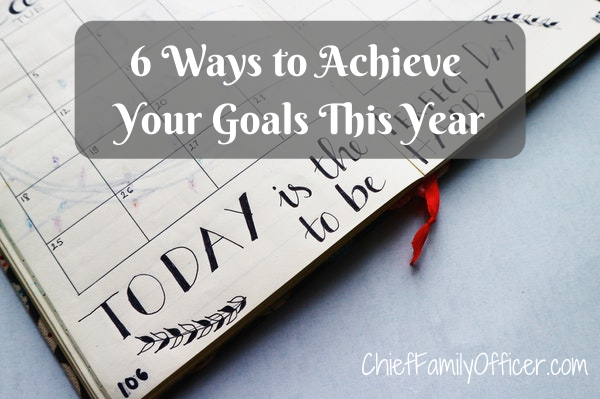 One of the easiest ways to make a change is to focus on convenience, if you're trying to add a new habit, or inconvenience, if you're trying to break a habit. For example, if you want to work out at the gym on the way to work, make sure you pick a gym that's actually on the way, with a shower so you can change into your work clothes after you exercise. Avoid the temptation to pick the cheaper or nicer gym that requires a detour. Or if you've decided you spend too much time on social media, move the apps off your main screen, and put them into folders. The extra swiping and tapping will slow you down, and you might decide it's not worth the effort. Or more extreme, you can delete the apps so that you have to re-install them in order to use social media, or do what James Clear does and have someone reset the passwords on all of your accounts on Monday and give you the new passwords on Friday, so you only use social media over the weekend.

Another strategy is what Gretchen Rubin calls pairing, which is when you set up a new habit to be done in conjunction with something you already do. One example she's given is to put your medication by the coffee maker, so you'll remember to take it when you get your morning cup of joe. If the new activity is something you don't particularly enjoy, you can pair it with something you do enjoy to make it more attractive. Personally, I only allow myself to stream shows without commercials when I'm on the treadmill.

If you're the kind of person who likes streaks, you could try Jerry Seinfeld's calendar system. The idea is to get a calendar where you can put a big X through each day that you achieve your goal. Once you get a streak going, you just focus on not breaking the chain. (And remember that, as James Clear says in Atomic Habits, if you break a streak, it's imperative that you start a new one the next day so as not to start a different kind of streak.)

Prep some "if - then" scenarios in your mind. This is a part of the Whole30 plan - they suggest you brainstorm scenarios where you might be tempted to stray from the program, such as, "If there's a birthday cake at the office, then I'll show up for the singing but say I'm in the middle of something and leave when they start handing out cake."

Finally, if you've got a "big" goal, don't forget to break it down into small steps that you can achieve and track and feel good about. For example, your big goal might be to lose 20 pounds, but you'll need to focus on specific things you can do each day to get to that point, like "eat a salad as a first course at lunch and dinner" and "drink only water." Also, don't try to bite off more than you can chew - it's better to make small changes that you'll stick with than big ones that you'll stop after a short while.

I wish you the best of luck with your goals in 2020! Please let me know if there's anything I can do here at Chief Family Officer to help you achieve them.
at 2:00 AM

Email ThisBlogThis!Share to TwitterShare to FacebookShare to Pinterest
Labels: productivity