What I Did Today: Toei Kyoto Studio Park

I have to admit that I was totally negligent about taking pictures today. Sorry! I was so focused on making sure the boys had a good time that I totally forgot to take photos of where we were. Oops!

Our day started with the breakfast that was included at our hotel, and I did have my camera ready: 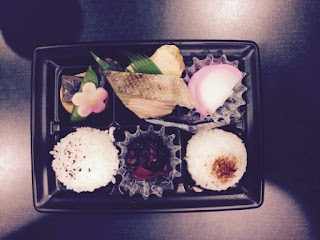 This is a typical Japanese breakfast in the sense that there is rice, fish, some vegetables and other small items. This was the first time the whole trip where I thought the rice was inedible, though. The little cup between the scoops of rice held a pickled eggplant called shibazuke, which is my favorite type of pickled condiment, and at least that was delicious.

Here's the Western breakfast they served: 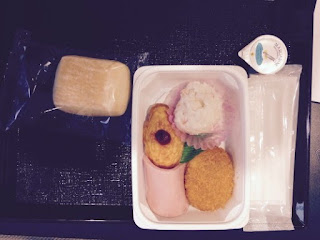 There were two rolls (one was shy and hid from the camera), a little thing of margarine (they are big on margarine with bread here, instead of butter), egg, ham, potato croquette, and potato salad. The ham was a nice thick piece.

After breakfast, we went to Toei Kyoto Studio Park, where they've converted TV and movie sets used for samurai-era productions into an amusement park of sorts. Here's where I totally failed you - I neglected to take any pictures! Instead, I was busy leading us to the Ninja Training Course and Ninja Mystery House. We also did two mazes, a haunted house, and the anime exhibit. The best news is, the boys had an absolute blast - not surprisingly, their favorite parts were the mazes and ninja training course. If you're ever in Kyoto, I highly recommend this place! We unfortunately missed the chambara, or sword-fighting show, which I would have loved (samurai dramas were among my favorite shows when I was growing up!).

After the studio park, we took the shinkansen back to Tokyo, and are here for the next few days. So stay tuned!
at 10:00 AM