What I Did Today: Tokyo Disney Sea

I know, it's strange to go from Southern California, the home of Disneyland, all the way to Japan, just to go to another Disney park. But that's why I thought the kids would get a kick out of it. Right next to Tokyo Disneyland, which has been open for about 30 years now, they've built another theme park called Disney Sea, which sounds like it should be like Sea World but is actually much more like California Adventure next to Disneyland.

The whole area is called Disney Resort, and when you arrive by train at Maihama Station, you have to take Disney's tram to the theme park of your choice. Here's the adorable inside of the tram: 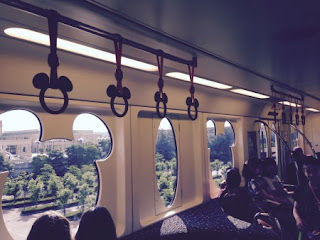 Note the Mickey Mouse shaped windows and hanging hand holds! They even sell toy versions of the tram in the gift shop: 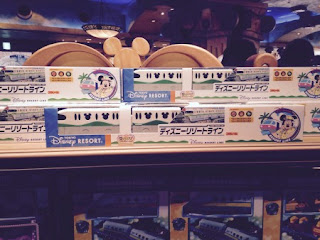 This is the outer courtyard when you start to enter Disney Sea: 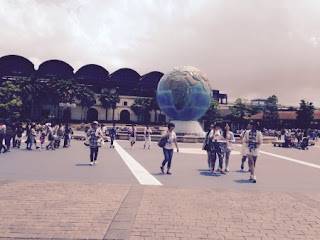 The submarine ride at Disneyland is gone now but it's alive and well at Disney Sea (this isn't the sub you ride, but it's in the same lagoon): 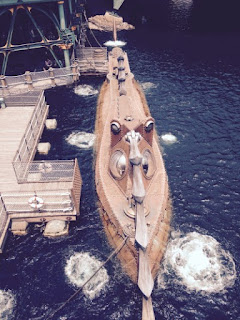 In this same area, there's a Chinese restaurant with kid's meals served on Mickey Mouse plates: 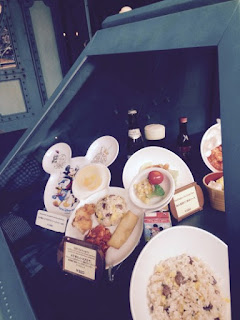 We grabbed food from a restaurant serving burgers, and were surprised to find ourselves with live entertainment while we ate: 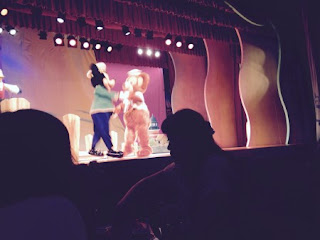 That's Mickey with his friend Duffy the Bear, who was quite popular at the park. The show was all about Duffy and his hesitation to embark on his adventures with Mickey. Mickey speaks in Japanese in the same high-pitched squeaky voice as American Mickey.

Disney Sea has a small Toy Story section, with the same Toy Story Mania ride that they have at California Adventure: 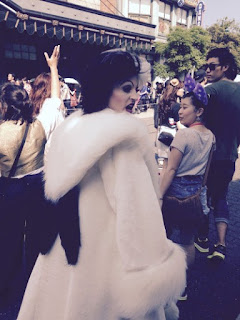