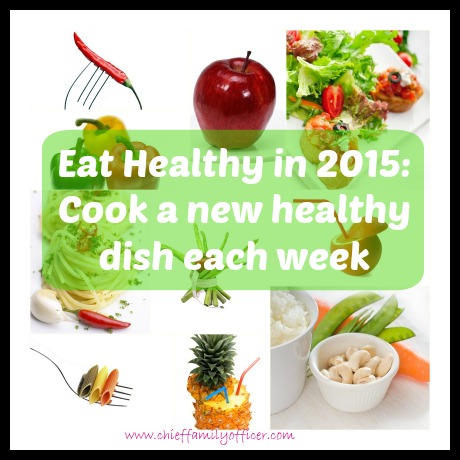 As I mentioned previously, I'm making one new healthy dish per week this year to help me conquer my fear/reluctance to try new foods and techniques.

One of those is quinoa. Well, it was, because I made it on Monday and it was great! I've actually had quinoa before, but I've just never liked it. Maybe it just wasn't cooked well or something, because I was quite pleased with how it came out. I used one cup of uncooked quinoa, 3/4 cup of low-sodium chicken stock, and 1 cup of water. I combined them in a small saucepan, brought the mixture to a boil, and then left it to simmer for approximately 20 minutes. To be honest, I forgot about it until I smelled a slightly nutty odor and ran into the kitchen in a panic, convinced that I'd just burned the quinoa! But it was perfect - perfectly fluffy, that is.

I then made this quinoa salad, although I skipped the carrot and added some sauteed shrimp. I sliced the cucumber pretty thin, and the salt from the feta pickled it slightly and gave it a marvelous crunch. I also added some Meyer lemon zest and lemon juice, since I wanted some acid to brighten the flavors. 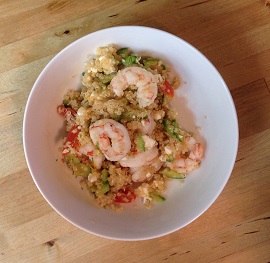 I will definitely make this salad again, and am on the hunt for other quinoa recipes to try.

Image via FreeDigitalPhotos.net by KEKO64.
at 6:15 AM

yum yum i'm a pescetarian, - enjoy such recipes as these.
thanks

Excellent! Let me know if you make it and what tweaks you make :)