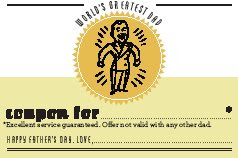 For the last couple months, as I've really gotten into The Drugstore Game, I've been lurking on some coupon sites like A Full Cup and Hot Coupon World. They are wonderful resources, and I love finding out about deals and reading about others' great shopping experiences. But with the good comes the bad, and for each great shopping tale, it seems there's another tale of frustration or worse.

If you shop with coupons, you know what I'm talking about: cashiers and managers who don't know what the corporate coupon policy is* and even worse, employees who treat coupon users rudely. I've read some stunning stories about cashiers accusing customers with coupons of theft or making negative comments about coupons to other customers.

Companies need to make a greater effort to train their employees about coupon use. I can understand why they don't, because I don't often see another customer with coupons (let alone a folder full of coupons) no matter where I shop - Target, CVS, Ralphs, etc. In fact, the nicest cashier at my favorite Walgreens has told me I'm his most amazing customer, even though I know someone like Mercedes could do even better. It's not that cashiers act like they've never seen coupons, so I know other customers must use them. But in the big picture of corporate profits, proportionally we're not that big a group, so catering to coupon-wielding customers isn't that high on the priority list.

What does get upper management's attention is coupon fraud. Over the last two or three weeks, I've been reading about Target's evolving coupon policy stemming from the printable $5 off $25 toy purchase coupon that I posted over at CFO Reviews a few months ago. I noticed a month or so ago that the coupon was no longer available, so I took the sidebar link down but didn't think much of it. Then I read that someone had altered the toy coupon to look like a general merchandise coupon, and that was where all the problems had started. Target's powers that be have understandably ruled that the printable $5 off $25 coupons can no longer be accepted.

Unfortunately, many Target employees don't seem to understand the ruling and it looks like management isn't doing a very good job explaining the limitations. I've read many stories of cashiers and even managers refusing to accept any printable coupons, even if they are right off the Target web site. In fact, when I was at Target last week, the cashier took my printable Archer Farms frozen pizza coupons to a supervisor to make sure she could take them. (Archer Farms is a Target store brand, and I was eventually permitted to use the coupons.)

I just don't get the mentality of people who would blatantly try to defraud and steal from anyone, regardless of whether it's a person or a company. It took some serious forethought to actually alter that toy purchase coupon. Coupon fraud is becoming such a serious problem that ABC News just did a story about it.

It's probably not going to happen, but I hope that the person who altered that toy coupon is found and prosecuted. And I hope that the awareness of coupon fraud translates not into suspicion of coupon users but knowledge and understanding of how coupons work. That would make shopping at stores a lot more pleasant for both the cashiers and the customers.

*Encountering employees who just don't "get" coupons can be extremely frustrating. About two months ago at Target, the cashier flatly refused to let me stack a Target coupon with a Pampers coupon, insisting that I had to use one or the other. I would have asked her to call over a manager, but there was a line behind me, and Marc was waiting with the kids, so I just told her to take all of the items off my order. I ended up using my coupons at a different Target!

Image credit: MarthaStewart.com.
at 8:20 AM

Email ThisBlogThis!Share to TwitterShare to FacebookShare to Pinterest
Labels: companies

Great minds think alike. I just put up a post I wrote about this last night. Coupon fraud hurt everyone!

Coupons rocks. I work for a company that manages and tracks gift cards, but I've been following the coupon craze on savvywallet.com. Get them printed from credible sources such as coupons.com. Also run them through http://www.cents-off.com/ to see if they are valid.

i've had trouble at target too, either trying to use a coupon that is for more than the shelf price (i asked that the coupon be adjusted down) or using stacking coupons. afterward, i went onto target's site and emailed my complaint. i received a response with target's policy (the ARE supposed to adjust the coupon down, and they do take stacking coupons). i printed it out and carry it with me in case i need to whip it out. so far, so good. the cashier took my coupons today without incident.

@Austin - Thanks for the tip about Cents-off.com. I hadn't heard of them before.

@Marci - I'm glad you had a problem-free trip today. Great idea to carry that email around with you. Maybe I'll email them and ask them for their coupon policy so I can do the same.

I had problems with the Target coupons I printed at home scanning. In an effort to save ink I was printing in draft quality and that isn't good enough to scan without great effort. Since this was causing delays at the register (not to mention some huffing and puffing), I now use the kiosks to get the coupons.

Each week when I go into Target the first thing I do is go to the kiosk, go to target.com and print the coupons from their computer. So, it's clear that they are definitely Target coupons (not frauds) and I'm using their paper and ink. You can print as many copies as you want - as long as you do it before the screen saver times you out.

@Lisa - Thanks! I knew you can print coupons from the kiosk but have never tried it. It's a great idea, though - I'm definitely doing it the next time.

where? please point me in the right direction..

The kiosk is the one for the Baby and Wedding registries. You can use that computer to access Target.com They are usually right next to customer service and some stores even have one back in the Infant section of the store.

Its a little surprising that it has taken this long for fake coupons to be a problem -- its just far too easy to manipulate them. Not to mention the fact that a lot of these legitimate coupons printed online look like they could be fake. I'm not sure what solution could exist for this problem, though...

@austin chu -- how does cents-off.com work? I've seen it referenced before, but for some reason I must be missing how to use it to check if coupons are valid...

@Lisa - Thanks for answering Spankie's question!

@Spankie - Hopefully Lisa's answer covered that for you. At my store, there are kiosks right outside guest services, and two more upstairs by the elevators (a few feet away from the baby section). At another store I recently went to, they were right in guest services, but the coupons just wouldn't print. Grrr.