Do you make New Year's resolutions? I stopped a few years ago, when Gretchen Rubin and other experts, not to mention my own experiences, convinced me that they pretty much always fail.

Instead, I've taken to adopting a theme for each year, though I've had varying degrees of success. For 2019, my theme was "trust," in the context of trusting that people have good intentions, and in the sense of giving people the benefit of the doubt. For example, if a store clerk or another parent at school was rude, I'd try not to take it personally, and suppose that the other person was just having a bad day.

I wasn't nearly as successful at this as I would have liked, and it's definitely not a habit. But there were also times when I remembered my theme and was able to change my attitude or defuse some tension. 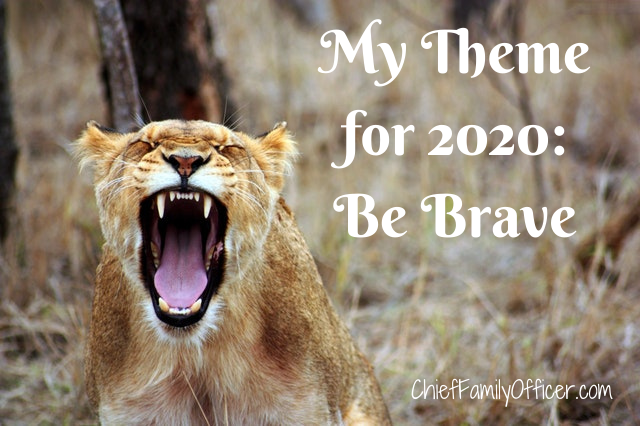 Over the last few years, I've come to realize how hard I work to protect myself - from pain, criticism, sometimes even the truth. I've shied away from opening up and being vulnerable, from speaking my mind because I don't want to be shot down, from taking chances because I might fail.

I've been brave before, but I think I can do so much more if I'm braver. If I speak my truth, allow my insecurities to be seen, risk failure.

Do you have a theme for the year?

P.S. For more on the topic of vulnerability, trust, and being brave, I recommend Dr. Brené Brown's ground-breaking book Braving the Wilderness: The Quest for True Belonging and the Courage to Stand Alone (affiliate link), Rachel Macy Stafford's amazing blog, and Jen Hatmaker's heartwarming podcast.
at 4:00 AM