I didn't read as much as I thought I did last month, but maybe that's because I started a bunch of books I didn't finish, and there are a couple more books that I'm close to finishing. If a book appears on this list, you know that I liked it enough to finish it. Book links are to Amazon, and I receive a tiny commission if you make a purchase through one of them, so thank you! (You can read my full disclosure policy here.) 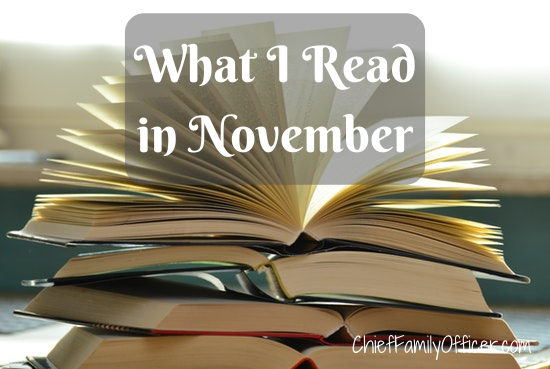 Becoming Madeleine: A Biography of the Author of A Wrinkle in Time by Her Granddaughters by Charlotte Jones Voiklis and Léna Roy (audio)

Madeleine L'Engle is most famous as the author of the Newberry Award-winning novel A Wrinkle in Time, but she's also my spiritual master. She wrote a lot of nonfiction that helped me crystallize and deepen my faith, and decide who I wanted to be, when I was in college and the years that followed. So I was intrigued by this book, which was written by her granddaughters, about her upbringing through the publication of Wrinkle. A lot of the information wasn't new; Madeleine herself wrote about much of it in her books. But it still gave me another insight into my spiritual master.

To Sell is Human: The Surprising Truth about Moving Others by Daniel Pink (audio)

I really enjoyed Dan Pink's book When, so I figured I'd enjoy this one also, and I did. He advances the position that in today's society, we're all sellers, or at least, movers - that is, we all try to get others to buy or do something for us. And he posits that the information age has changed the traditional positions of sellers and buyers: In the past, sellers had more information than buyers, which made buyers suspicious and allowed sellers to have the upper hand. But now there's much more parity of information, so buyers needn't be so suspicious, and sellers shouldn't be so smarmy. The book is full of exercises and tips to make you a better seller - maybe even just a better person.

Wildhood: The Epic Journey from Adolescence to Adulthood in Humans and Other Animals by Dr. Barbara Natterson-Horowitz and Kathryn Bowers

Although this book is probably in the science section at the library, I was interested in it as a parenting book. I have a 14-year-old and a soon-to-be 13-year-old, so adolescence is a major topic of interest for me, and this book was about adolescence throughout the animal kingdom. I am finding it useful to think of adolescence in a broader sense, i.e., a time when teenagers are learning a lot, especially socially. Animal adolescents learn courtship behaviors, and how to communicate with potential mates, and sometimes wait years after they’re physically mature to actually mate. It reminds me so much of human adolescence, and learning the ropes of communicating with crushes, peers, and even adults. There was a lot of emphasis on the need for risk, which is maybe the greatest teacher, and mistakes. In the animal (and human) world, sometimes those risks and mistakes are unfortunately fatal, but they’re still necessary. And I think knowing that there’s a biological imperative to a lot of their behavior (beyond just "it's normal") will make it easier to be more patient with my children as they navigate their way into adulthood.

This book was all about spirituality, and some of it resonated and/or made sense to me, and some of it didn't. Oprah shares quotes and ideas from some great thinkers, and plays excerpts of interviews with such notables as Elie Wiesel, Gary Zukav, Daniel Pink, and more. In writing this, I'm seeing that maybe there's a lot in the written version that was left out of the audio version, but I enjoyed listening to the discussion of these big ideas. I especially liked the ending, when Oprah leaves off with the question, Who do you want to be?

Shadowfall and Hinterland by James Clemens

I'm a huge fan of the Sigma Force series by James Rollins, so I couldn't resist when I learned that he's published fantasy novels under a different name. These are books 1 and 2 in the Godslayer Chronicles, and although there's clearly more story to be told, I'm not sure when or if we're going to get them. (The same can be said for James Rollins's young adult Jake Ransom series, which my younger son enjoyed as much as I did.) I'm not the greatest fantasy fan, but James Rollins is a great storyteller, so I enjoyed these books.

Weeknight Baking: Recipes to Fit Your Schedule by Michelle Lopez

I've been following Michelle's baking blog, Hummingbird High, for years, so I was excited to borrow her new cookbook from the library. I didn't have the chance to bake anything from it, but I read all of the intro and learned a bunch of new tips. I've asked for the book as a holiday gift, and I can't wait to bake something from it!