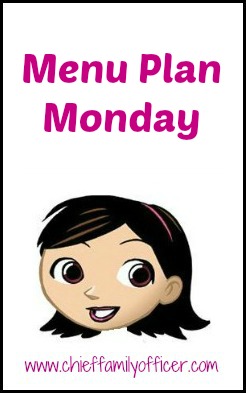 I can't believe it's 2015 already ... it means I've been a mom for nearly ten years, and am halfway through the child-rearing years! That's one thing about having only two kids and having them relatively close together: although at first, when one was a toddler and one was an infant, their needs were divergent, over time the gap between their needs has narrowed dramatically and the younger boy follows very closely in the footsteps of his older brother. They are definitely each their own person, of course, but I know that as soon as the older one leaves the nest, his younger brother will quickly follow suit. So when parenting gets tough - as in wearying, exhausting, trying, at least once a day - I try to remember that the last ten years have practically flown by and the next ten will too. As Gretchen Rubin says so eloquently, "The days are long, but the years are short."

It was nice to take a couple of weeks off of menu planning - we were most definitely not in our usual routine, but things are settling back down again. My goal in the kitchen in 2015 is simply to prepare and serve more fruit and veggies. I need to eat more produce, and so does my family. Whole grains are nice (I have a bag of quinoa in the cupboard that's begging to be used, a ton of oatmeal, and half a dozen 2-lb bags of whole wheat flour - that's what happens when you order from Amazon). But 2015 will be about produce, produce, produce.

So here's what I've got planned for dinner this week:

P.S. The boys go back to school next week, so I'll start planning for breakfast then too.
at 5:00 AM