Tips for Parenting a Younger Athlete 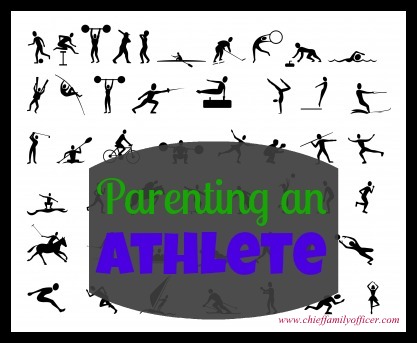 As a parent, one of my biggest jobs is to give my children the best opportunities to experience early success, to help pave the way for greater success as they get older.

One thing that hasn't changed much in the decades since I was a kid is that athletic kids seem to have it a little easier than other kids. Excelling at sports (or any specialty) breeds confidence in other areas, and athletic ability tends to garner admiration from adults and kids alike.

While not all kids are meant to be athletes, from what I've seen, true natural athletes for whom athletic feats come easily are actually really rare. Sure, some kids have incredible hand-eye coordination. Others have size or speed on their side. But the young athlete who is the whole package - raw ability, skill, technique, toughness, and awareness - is truly one in a million.

That's good new for the rest of us! It means that if we help our kids be the best athletes they can be, most likely they can be more than good enough to feel comfortable out on the field and have that sense of self-assurance that the athletic kids at school {of whom I was not one} always seem to feel.

Here are some tips on parenting an athlete, which have translated for us into general teachings about life that have been incredibly good lessons for my children:

Emphasize effort, not the outcome - This is generally applicable parenting advice that I first read when my kids were little, and it's backed by research concluding that kids who are praised for their effort rather than their successes end up more successful, largely because they're more persistent. It works especially well in sports, where success can be achieved at lower levels without much effort, but success at higher levels requires great effort. For example, a kid who can throw a baseball really hard and somewhat accurately at age five may be lauded for getting the outs, but because his form is really bad, he can't throw very far or accurately when he's playing on a bigger field at age eight. But encourage the same kid to work on his throwing motion instead of just congratulating him on recording the out, and by age eight, he'll be throwing people out from the outfield.

Emphasize the importance of practice, and back your words up with action - I love that with sports, you get tangible results with lots of practice. Most recreational teams practice just once or twice a week, so encourage your child to practice outside of the team dynamic, and help them do so. Take her to the park, hit balls to her, or kick the ball back and forth. For particular skills, you may need to hire a coach, or if you can't afford one, ask if the team's coach can show you and your child one or two drills or skills to focus on.

Emphasize mental skills as much as physical skills - Help your child learn the rules of the sport, and emphasize the need to pay attention during games. It's hard to make a play if you don't see the ball come your way until the last second, or if your teammate can't pass you the ball because you're out of position. But the kid who wants to be there, who's always focused and participating and trying his or her best, will always win the coach's heart, even if he or she doesn't have the best skills.

Teach sportsmanship - This goes with the last tip, but I've put it separately because attitude is a huge part of sports. Everyone makes mistakes (including umpires and referees), someone has to make the last out, and so on. Having a great attitude will endear your child not just to her coach, but to her teammates. {And that in itself is a great life lesson!}

Don't compare - There will always be other kids who are bigger, faster, or stronger. We all have limitations. So point out the absurdity and uselessness of comparisons, and encourage your child to do her best, which is all she can control.

Learn the sport - If you don't know the rules, learn them so you can help your child learn them. Watch games on TV, play videogames, or watch YouTube videos on technique. While these activities can't substitute for actual practice, they can help your child fine tune his skills, positioning, and anticipation. It's also a nice opportunity to bond with your child.

Above all, help your child translate athletic success into lifelong success. When my son recently complained about his academic workload, particularly extra work I was giving him to practice for a specific test, I suggested he think of homework and studying as practice. Working hard outside of school will help him succeed in the classroom in the same way that practicing sports helps him succeed during games. It made sense to him, and he hasn't complained since!

Image via FreeDigitalPhotos.net by xedos4.
at 8:00 AM

Email ThisBlogThis!Share to TwitterShare to FacebookShare to Pinterest
Labels: parenting