Should your child start kindergarten early? 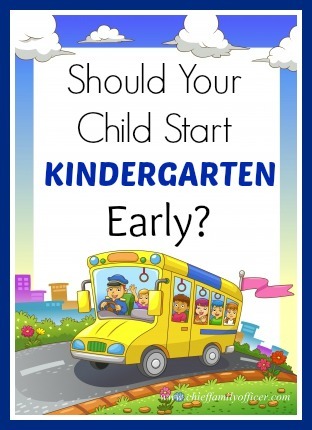 In the last few months, several parents have said to me something along the lines of: "I probably should have held him back."

It's made me grateful that my children's birthdays fall in months that didn't give me much choice about when they would start kindergarten. I've watched many friends struggle with the decision of whether to start their child in kindergarten in the fall or wait a year, and as I said, I have friends who've regretted - or at least doubted - their choice to start their child early.

Some of the reasons for starting kindergarten on the earlier side include:

On the other hand, there are also reasons to hold your child back:

This is one of those really difficult parenting decisions where you won't know if you made the right choice for a few years, if ever. Ever since college, I've wished that my parents had held me back so that I was one of the oldest kids instead of one of the youngest - I think I would have been more self-confident, and consequently thrived more. But one of my good friends growing up had skipped a grade and was younger than me, and seemed far better adjusted in our late adolescence/early adulthood than I was. {I'd say there's zero to no disparity now, so maybe that's the real answer: eventually it just doesn't matter.}

Image via FreeDigitalPhotos.net by AKARAKINGDOMS.
at 8:00 AM