Is it legal to use damaged money? 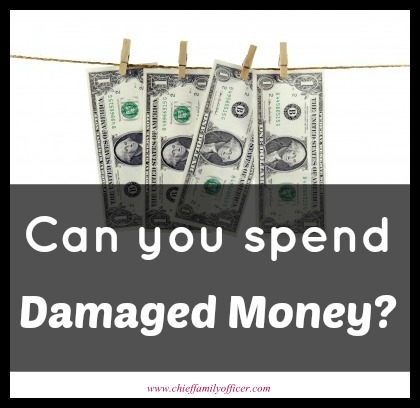 A few weeks ago, a relative gave one of my kids a dollar bill, but it had been torn and patched up with tape. I remembered hearing somewhere that it's illegal to damage money, so I became curious about whether the patched up dollar bill is still considered legal tender.

As it turns out, it's illegal to deliberately damage currency, but not illegal to spend it. If you have currency that's been badly damaged, you can learn how to replace it here.

Learn some new every day :)

Image via FreeDigitalPhotos.net by scottchan.
at 8:00 AM

Email ThisBlogThis!Share to TwitterShare to FacebookShare to Pinterest
Labels: money