What I Did Today: Japan's Imperial Palace

Although I can't count the number of times I have been to Japan, I can't remember ever going to the Imperial Palace before: 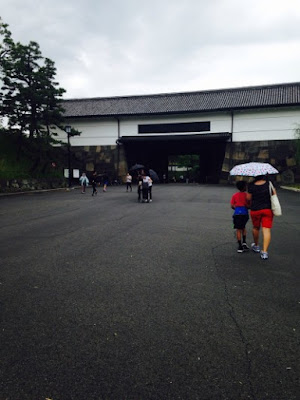 Unfortunately, it was a spur of the moment visit, and we ended up going the long way around to the palace's entrance. In doing so, however, we found a park, which included this trash can that I found charmingly quaint: 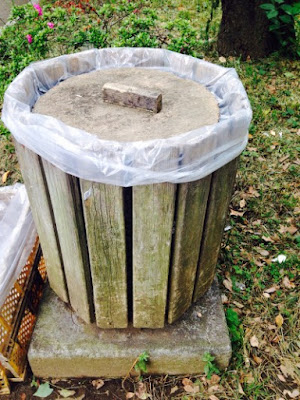 My favorite part of the palace, aside from the wide expanses of beautifully green grass (a sight I never get to see in Los Angeles, except as part of a baseball field!), was the moat: 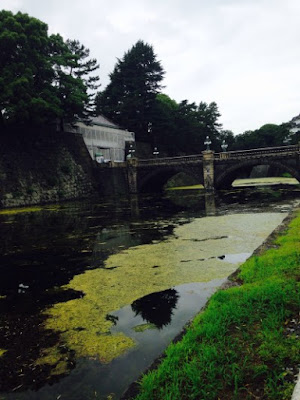 It's not exactly a pretty moat, but my inner childhood princess loves the moat because it really makes the castle a castle!

After walking around the palace, we went shopping underneath Tokyo Station, but unfortunately I never thought to take a photo of the tiny, adorable shops and crazy number of people walking through them. That might have something to do with the fact that I was with two boys who were a bit cranky, or maybe the fact that I was pretty much lost with no sense of where anything was down there. I'll try to do better tomorrow :)
at 5:00 AM