What are you making for Thanksgiving? 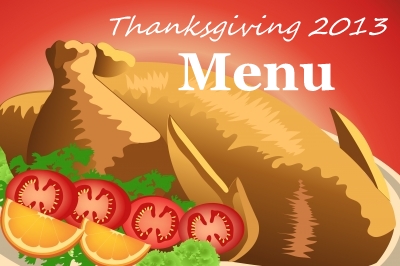 Thanksgiving is less than a week away now, so I'm wondering what's on your menu.

My mother-in-law makes a great turkey, and she'll also make the stuffing, gravy and green beans. My father-in-law is picking up the pies. So that leaves me with the fun stuff:

Macaroni and Cheese - Because the kids won't eat turkey ... {I'll have to take a photo this time}

Cauliflower Puree - This Martha Stewart recipe is another one I've been making for about ten years. It's a nice substitute for mashed potatoes, and a favorite of my husband and his dad. {again their photo, not mine - I don't garnish so mine never looks this pretty ... maybe I'll change that this year!}

I will probably also make popovers or Yorkshire pudding, since the kids like them, and some kind of roasted vegetable. The sweet potatoes and mac and cheese can be prepared ahead of time, and then baked the day of, so that makes things easier. {I have to make sure I have time to hit the drugstores before I start cooking!}

What's on your menu this year?

Turkey image via FreeDigitalPhotos.net by watipron.
at 8:00 AM