Can you think your way to more money? 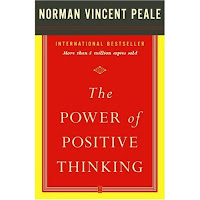 My dad has always been a big believer in positive thinking, so I was probably only 13 or 14 when I read Dr. Norman Vincent Peale's famous book, The Power of Positive Thinking.

But maybe because positive thinking has always been a part of my life, I've never really paid much attention to it. I accept the basic premise, that we have the ability to shape our life with our thoughts. But can positive thinking increase your income or net worth?

Millionaire Mommy Next Door thinks so. She's in the middle of an "abundance experiment" in which she is "open[ing her] mind to receive increasingly more money." Her idea is to imagine how she'd spend increasing amounts of money and how she could bring in that money. She's a little worried that the experiment will make her focus on what she doesn't have and make her discontented, so she's also expressing gratitude for the good things in her life.

It's an interesting idea. MMND says the experiment is working and that she's started bringing in some money by selling things on Craigslist.

I think that the key here is, as MMND put it, opening your mind to new possibilities and considering things you haven't thought about before. In a way, MMND is just brainstorming over an extended period of time. But I think what's interesting is that, as she gets into the high dollar ranges, she'll have to consider more radical ideas. (She's currently at $51,200, and since she's doubling the amount each day, her next spending spree will be $102,400.)

So can radical ideas turn into more money? Of course they can! That's how many successful businesses get started. I'm going to start contemplating some radical ideas of my own.

How can you think your way to more money?

I'm too busy trying to think my way to less stuff these days...

You are fortunate to have been raised by a parent who appreciates and models positive thinking! I look forward to seeing what your brainstorms produce. I hope you have as much fun with this "project" as I am!

Just a quick note to let you know your article will be included in the 66th Money Stories Carnival.